Lindsay’s troupe Honey Spiders played a 100% improvised protagonist based narrative 1hr show live online on Facebook for The Nursery Theatre’s The Garden Party. The troupe included Martin Boedicker from Germany, Helen Doyle from the UK, Anna Ong from Singapore and Lindsay Drummond from Australia. The show has subsequently been watched online over 400 times.

The show was devised in the moment and featured a love triangle with interesting characters and a protagonist-based narrative. 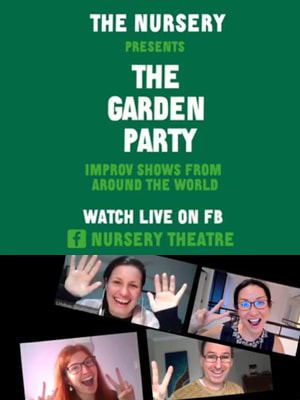