Lindsay is the co-creator, artistic director and performer in this musical improvised duo.

Flotsam and Jetsam is currently in creative development for future online and IRL performances. Lindsay plays Jaimie Jetsam, and her husband Luke Dixon (singer/guitarist/music producer) plays Floyd Flotsam. Flotsam and Jetsam are a ‘has been’ folk duo that have had a 20-year hiatus. The premise is that they have reunited to perform their ‘greatest hits’ as chosen by the audience.

The duo will prime the audience by asking for the title of their favourite ‘fundraiser song’ or ‘love song’ or ‘celebrity duo song’ or ‘break up song’ and Lindsay and Luke proceed to compose these songs in the moment once a title is given with fabricated reminiscences of what was happening in their career at the time of the song’s release. The result is a hilarious musical journey that the audience leads with their suggestions, consummately performed by two of Australia’s best musical improvisers. 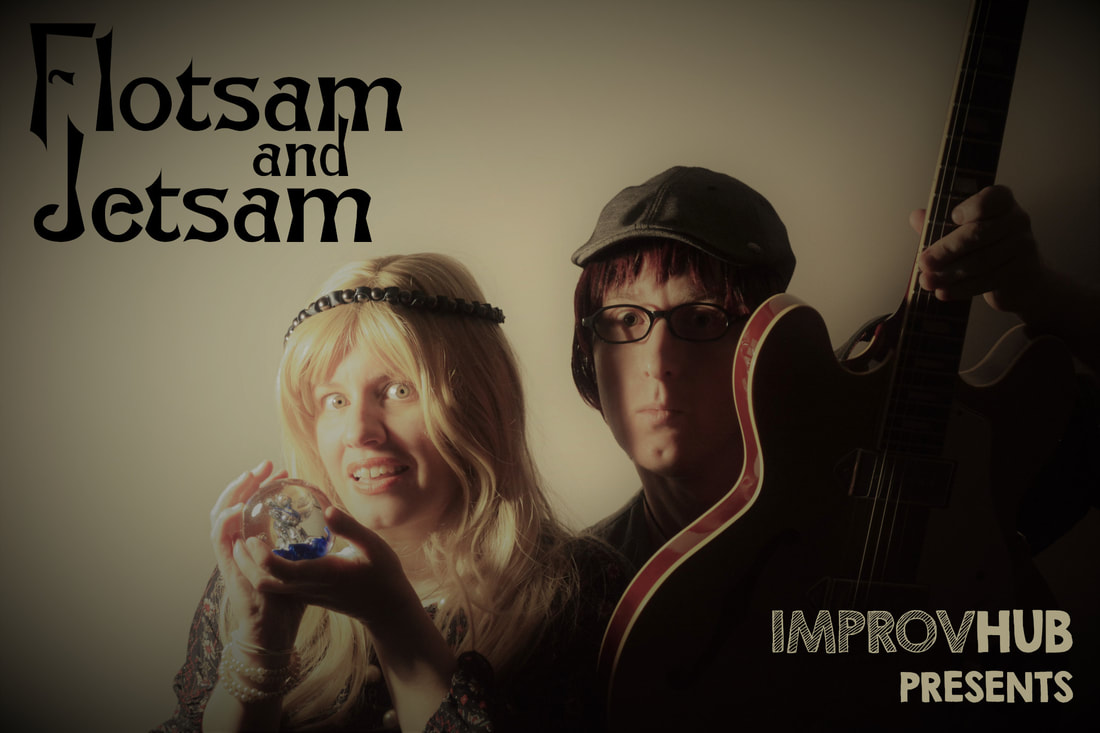