Bow Down to your Queen

Lindsay was dramaturg, co-director and performer in this Anywhere Festival award-winning production.

Bow Down to your Queen was the brainchild of award-winning singer songwriter Mira Chorik. Mira enlisted the professional services of Lindsay as the show’s dramaturg, co-director, creative strategist, and performer.

Mira had 6 original songs inspired by the novelist Stephen King’s various female characters. Lindsay helped to shape the production into a theatrical and musical homage to the King of Horror’s strong female characters. Lindsay unearthed the prevailing themes of Mira’s songs and Mira’s want for the audience to be involved and designed a show that flowed from songs to book readings and acted scenes. Audience members were picked to engage in the show as readers of snippets from Stephen King’s novels and even as Stephen King himself!

The show was a minimal prop production with a simple backdrop of Rita Hayworth, the famous Hollywood actress (who featured in Stephen King’s Shawshank Redemption) being the archetype of glamorous woman juxtaposed by King’s destructive, raw, dark and strong female characters like Annie Wilkes, Dolores Claiborne and Carrie.

Lindsay also starred as the disturbing religious fanatic Margret White (Carrie’s mother) performing a rendition of ‘And Eve was Weak’ from the Broadway musical Carrie. Lindsay was also the MC for all three shows which were staged at Arana Hills, North Lakes and Caboolture Libraries in North Brisbane for the 2021 Anywhere Festival. 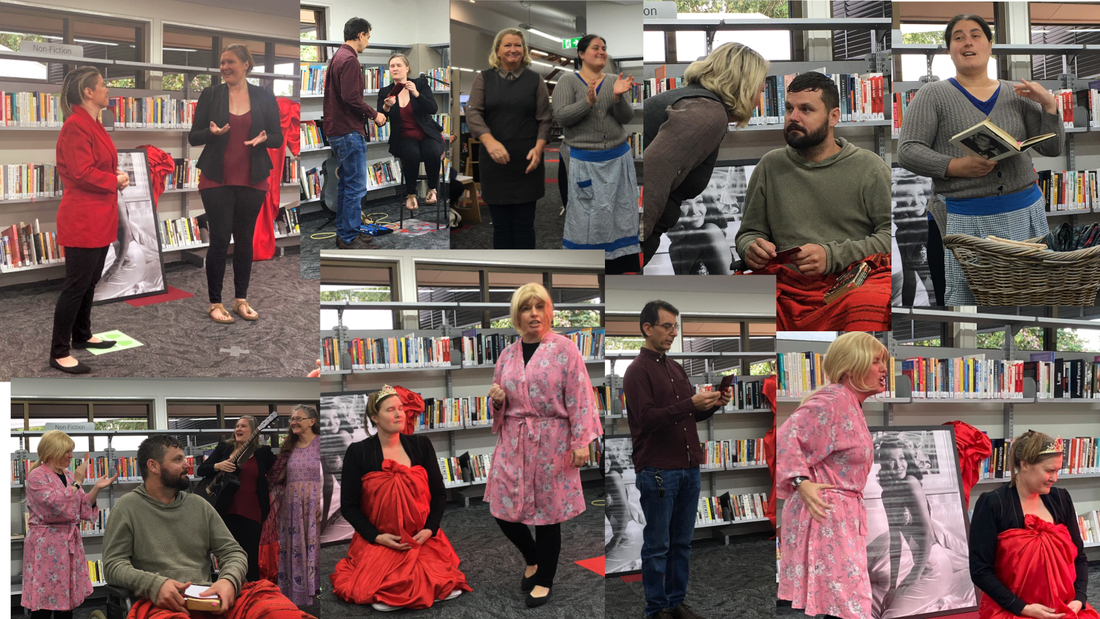 A snippet of Lindsay as Margaret White: